This is a hard day and when hard days come I try to get to the root of why it’s hard.  As I sat waiting to attend a doctor's appointment for Declan, I started to see it unfold.  It’s the 19th, and while that day has come and gone for several months now without recognition, this one is different.

I’m currently praying for a young man on life support whose family is faced with their worst nightmare.  I’m also waiting to go to a doctor’s appointment that Hagen can’t attend on the beginning of his first Father’s Day weekend.

I hate drugs.  All of them.  But what I hate worse is seeing the ongoing assault on young men and women and their families.  I hate the fear and uncertainty and pain and anger and guilt that literally twists souls into shells of who they were.

I have had to come to terms with a lot over the last year or so, and one thing that has really been hard for me is the realization that there will be no more pictures.  No more memories made.  What I have is what I have.  Several weeks ago a friend sent one that she had that was taken of Hagen several years ago, and seeing it was the sweetest gift.

It was not only a beautiful memory, but also a true reflection of WHO Hagen was.  I studied it through tears that came from a grateful heart.  And then I smiled.  Ear to ear.  Inside and out.

And it’s that picture plus one that I’m looking at today.  On the hard day.  A true reflection of the son I raised and a reminder that this is the son I will see again.

I set out not only to raise awareness and stop the stigma but also to give hope to all families going through what we did.  Above all of that I set out to crush the head of the enemy that hisses lies to the fragile and hurting.

Today I am stomping on his head on my behalf and yours, because today I have these.  My beautiful baby boy with his head bowed in prayer and preparing for a mission trip to another country where lives were changed and people were introduced to their Savior.

Ha! Death, where is your sting?!

You did not define him and we WILL be reunited.

Never stop fighting. Never cease praying. Stomp on his head to silence the lies. Dance on it. Especially on the hard days. 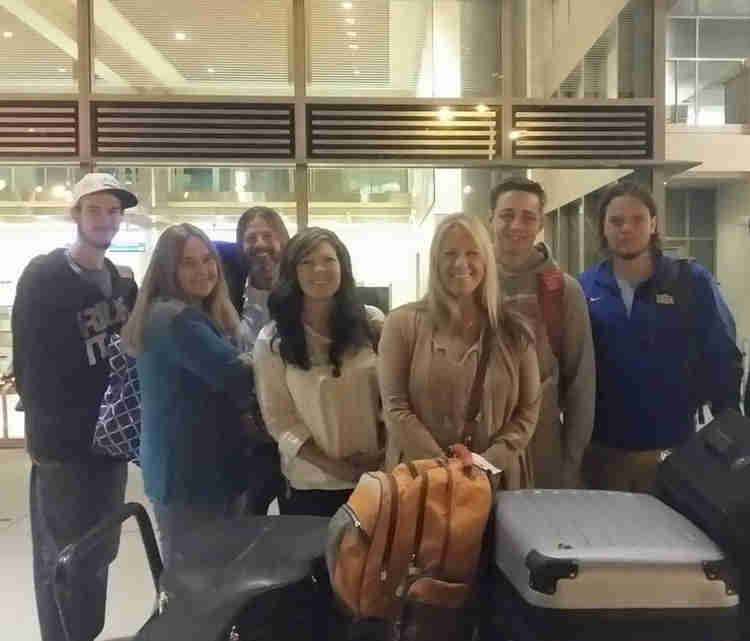