My daddy passed away, and since Friday night I’ve thought about what I wanted the world to know about the man that theLord assigned to be my earthly daddy.  My family trusted me to write his obituary which was the highest honor, and whileI penned it, it was the culmination of the stories and fond memories that we shared in the short time between when he passed and when the obituary had to be turned it.

Dad was highly intelligent and an abstract thinker and oftentimes he would talk so far over my head I would have NO clue what he was talking about, but I would listen thankful that he was sharing part of himself with me. I, on the other hand, am a free spirit. An emotional bundle of passion and dreams, ready to save the world.  He didn’t speak my language either, but he would listen.  We were polar opposites.  He was passive and a patient thinker. I am a passionate doer. He was soft spoken and careful with words. Historically, I have a loud mouth and would voice my opinion and think after.  As I get older, and because of his example, I’ve learned to sit back and watch, take it all in, and then act. 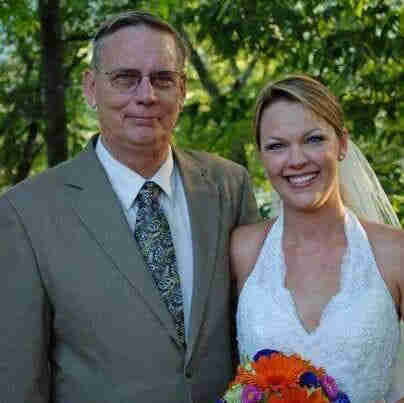 After Hagen left, we found a common ground, and discussed for hours and hours the root of addiction, the pain of those suffering from the disease and how enormous the problem was.  I don’t know if he read a word I wrote, but he listened and encouraged me in the fight for change.  While I fought different areas of the overall war, Daddy was focused on the kids.  He never came right out and said it, but it broke his heart to see so many children suffering.

He never judged Hagen, and never hid how his grandson passed.  He supported and even joined the cause, although he had been forging a path in the war against addiction long before Hagen left us.  I just didn’t see it.  It wasn’t that he hid it, he just saw a problem and did what he could do to help without bringing attention to himself.

Despite our many differences and communication barriers, we shared a love for southern 70’s rock, and an equal love for giving my brother a hard time.  Sorry, Bub, but we had a lot of laughs at your expense.  He loved you so much, as do I, so it was all in good fun.  We were both so proud of my baby sister, Jamie.  She was the apple of his eye and has been mine since the day she was born.  We shared a fierce love for our family and the bigger it got, the happier we were. I have to help if there is a need, and so did he.

We never talked about those commonalities. I don’t suppose anyone sits down and compares how much alike they are, when the differences are so obvious, but today I sit and write, recognizing how much I am like my daddy.  Wish I had seen it sooner, but as he looks down on where his kids go from here, he will see it.  He taught us about life and how to live it well.  We (I) may not have seen it at the time, but he was the epitome of a good dad.  Tough but gentle love mixed with endless lessons and a leather belt with his name on it that could be unbuckled, whipped from the loops of his pants and snapped faster than you could blink. He didn’t use that belt much. He didn’t have to. Snapping it and giving us “the look” was enough.

We have a funeral to attend this afternoon. We will sit in front of another flag draped casket and my brother will have dug a second hole in the earth.  It will be sad, we will, despite our best efforts not to, cry and mourn this incredible loss, but he told us we were only allowed to grieve until we buried him.  We’re not sure if that belt is around somewhere, but on the off chance it is, I’m going to do what he told me to.

I leave you with these pictures. The first is the night I graduated from high school. Just as the picture was taken, I pinched his butt. The second is at my wedding.  Yep, pinched it again. And the third was at Hagen’s celebration of life, and you guessed it.  I’m taking a plug out of his hiney.  Pretty sure my sister got in on that too.  I’m gonna miss that.  I’ll find someone else to pinch to honor that ridiculous tradition. (Y’all have been warned.  Andrew, you're the head of the family now so you might want to keep your distance at photo time.) 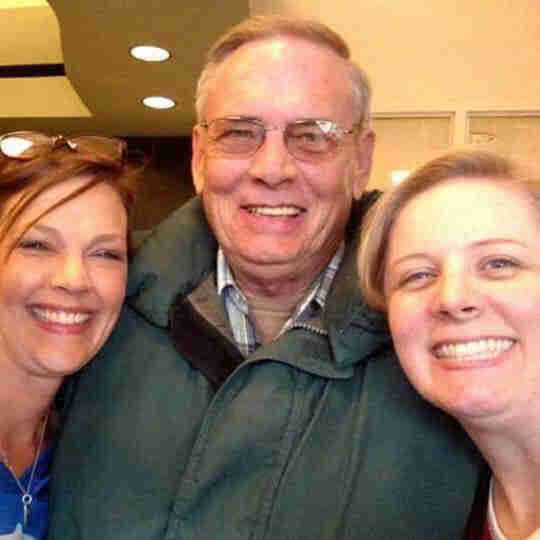 This family won’t be the same without him at the helm, but it will continue to be what he was so proud of. There's no other way for us.  Because of him, it’s all we know.  Thank you, Daddy. I love you so very much and will miss you more than I ever expected to miss someone.  I know Hagen has already found you, I’m sure pushing his way to the front of the line to be the first.  He probably had the perfect back porch picked out for y’all to sit and have that talk you promised him.