Writing my feelings and sharing what the Lord puts on my heart is easy and semi-private. Y’all don’t know that I’m in my pj's with my dog laying at my feet.  Well, guess you do now. But you don’t know whether I’m crying or melancholy or filled with joy.  That’s the beauty of writing.

Tonight I had the opportunity to share my story - Hagen’s story- to an absolutely precious group of people.  And, by the way, speaking is COMPLETELY DIFFERENT.  I have to wear real clothes and makeup and instead of sitting and waiting on the Lord to reveal to me what He wants said, I have to put a microphone in my hand and hit the auto-pilot switch, trusting He is going to take over.  My emotions aren’t hidden behind a screen.  They are out there for everyone to see.  When I stepped up onto that stage, 127 people were looking back at me. Here’s the math on that.  254 eyeballs were watching me and 254 ears were listening.  I wondered if I could do it.  Once I was up there, I didn’t have a choice.  The choice I had to make was made long before I was asked to speak tonight.  It was made during those first few raw days after Hagen died.  It was made when I read the thousands of comments from hurting and weary people who were suffering in silence because they were fearful of what people would think and how they would be (and were) treated because someone they loved had fallen into the deepest of pits of despair.

I made my decision and gave Him my "yes" not knowing that it would lead me to those 254 sets of eyes and ears.  I had no way of knowing that there would be a full altar.  Nor did I know that I would meet the beautiful people that I did.  I didn’t know that He would allow me to embrace and pray with a beautifully fragile girl that did not have a mother to support her in her recovery.  I also didn’t know that hugging her would feel so much like hugging Hagen.

Tonight I met more of that army that I knew would rise up and we are just getting started. This army is falling in line behind in The One that called us to the frontlines.  Our weapons are loaded with the only ammunition that is needed.  His love, the gospel and hope in Him is all we need.  We know that LOVE conquers ALL.

Thank you to all of you that chose to spend your night listening to me and David Pruitt fight over the microphone. And thank you Jennifer Keli Knight for being your wonderfully tenacious self and not letting me say no. 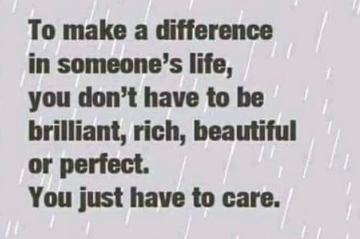